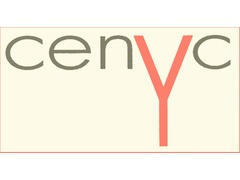 File contains documents created by the United Nations' institutions. Includes:
- General Assembly:
Texts of resolutions (1980, 1985, 1987, 1988), report of the Secretary General (October 1987).
United Nations Educational Scientific and Cultural Organisation (UNESCO):
Notably: Meeting for Europe "Youth and Education in the spirit of International Understanding, Co-operation and Peace" held in Moldavia for 11-15/09/1986. "Workshop of Specialists in Europe on Prevention of Functional Illiteracy and Integration of Youth into the World of Work" held in Hamburg from 01-05/12/1986. "Youth Exchanges" meeting from 22-26/06/1987 [s.l.]. Report of the debate on youth and resolution of the 24th session of the general conference held in Paris in November 1987. CENYC's contribution to the Third Medium Term Plan (1987) and resolutions adopted at the 25th session of the General Conference (November 1989). Meeting of governmental and non-governmental officials responsible for programmes of youth exchanges held in Rome from 23-26/06/1988.
Economic and Social Council:
Reports by Secretary-General on "Co-ordination and Information in the Field of Youth" (March 1987 and 1988) and resolution (September 1987).
Includes also the UN's "Directory of Centres and Institutes engaged in Youth Research 1987".