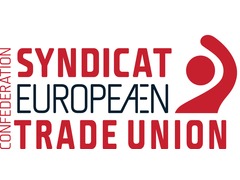 The European Trade Union Confederation, ETUC was established in 1973 by 17 union organisations from 15 countries, to coordinate and represent workers and their trade unions at the European level. It has increased considerably in size during the years, the ETUC affiliates now 93 national trade union confederations in 41 countries, plus 10 European trade union federations.

Set up at the time of the first oil crisis, in a climate of growing unemployment and economical crisis, the origins of this organisation can be traced to the rebuilding of Western Europe in the aftermath of the Second World War. The first expression of a European trade union consciousness came with the creation of the International Authority for the Ruhr in the immediate aftermath of the Second World War. In March 1949, representatives of Belgium, France, Luxembourg, the Netherlands, and Germany set up an ‘Inter-Trade-Union Standing Committee’ in order to champion workers’ views on the economic and social aspects of the administration of the Ruhr.

At the time, Unions were divided between sector specific industries and ideological lines. In addition, the geographical split, and great differences in trade union culture between northern and southern Europe would present an additional difficulty to the path of unity. The inadequate integration of national trade union organisations and the lack of coherence in the positions adopted were weakening the European trade union movement, however, at the beginning of 1970s, a move towards unity among trade unions started to manifest itself, through the Summit of Heads of State or Government held in Paris in 1972, but also the ‘Wener Report’ of 1970 which underlined the need for the systematic involvement of the social partners in the Community consultation process.

After a first discussion in Frankfurt in June 1971 to determine the practicalities of the proposed European Trade Union Confederation, at the initiative of DGB President, Heinz-Oskar Vetter, negotiations were officially launched at a meeting held in Oslo, Norway, on 5 and 6 November 1971. It was attended by 16 trade union organisations belonging to the ICFTU, representing 14 European countries. This meeting brought together organisations from the EEC and from the EFTA. Among them were the chief founders of the future ETUC: Bruno Storti (CISL), Georges Debunne (FGTB), Thomas Nielsen (LO Denmark), Heinz-Oskar Vetter (DGB) and Victor Feather (TUC).

The first discussions resulted primarily in the drafting of basic principles for closer cooperation between the trade unions of Western Europe, in view of the future enlargement of the EEC, the growing power of multinationals and the development of a European social policy. In this last respect, the trade unions within the EEC harboured great hopes as the Community had, on 14 December 1970, set up a Standing Committee on Employment responsible for facilitating consultation and joint action between the Council, Commission and the social partners. The creation of this committee was considered a victory for the trade unions.

On 8 and 9 February 1973, the constituent assembly (8 February) of the European Trade Union Confederation (ETUC), followed by its founding congress (9 February), was held at the Maison des Huit Heures in Brussels (the headquarters of the public service unions within the FGTB).
It would take a further year of discussions before, on 7 March 1974, an agreement was reached between the EO-WCL and the ETUC with a view to affiliating the Christian trade unions. The affiliation process was ratified by the first extraordinary congress of the ETUC, held in Copenhagen from 23 to 25 May 1974.

The European Trade Union Confederation (ETUC) fonds is a complex whole which is divided into several sub-collections according to the type of event (for more details, see the introductions of each sub-collection).
Each of the sub-collections are constituted of various media: photographs, videos, audio files.

The documents are open to the public.

The Historical Archives of the European Union (HAEU) generally does not own the rights to the audio-visual materials in its holdings. Therefore, it does not presume to grant or deny permission for users to publish or otherwise distribute the material or charge fees for the use of such material. Users are responsible for assessing and abiding by copyright or other restrictions on materials found in the HAEU holdings, before publishing or distributing them.
More about copyright