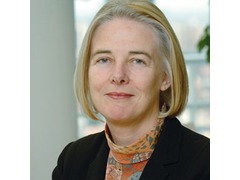 In this interview, Catherine Day recalls her time in Sutherland cabinet, her clashes over competition policy with François Lamoureux, Sutherland’s personality and approach to his position, the dynamics and personalities of the first Delors Commission, the contrasts and similarities between Sutherland’s approach and that of Leon Brittan, the next Commissioner Ms Day worked with, the Commission’s difficulties in taking a decision over electricity
privitization in Britain, the row over Brittan’s portfolio in the Santer Commission, her work (with Lamoureux) on first the Balkans and then EU’s eastern enlargement, the difficulties within the newly formed DG1A, the invention of ‘association partnerships’, the discussions with the Eastern European candidate states, the relationship between the Commission and the Member States during these enlargement talks, the level of Commission expertise about Central and Eastern Europe, Bosnia and the diplomacy surrounding aid to the former Yugoslavia, Chris Patten as a Commissioner, relations between the Commission and Member States on foreign policy issues, the crisis of the Santer Commission, gender balance within the Commission and note keeping at European Council meetings.