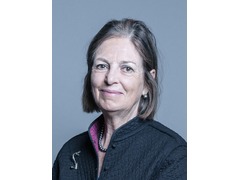 The interview began with a question on the interviewee’s educational background and early professional experiences and continued with questions on her role as minister of State for Education and Employment under the Blair government. In this context, special emphasis was placed on her contribution to the birth of the Bologna process in Paris and Bologna. After that, the interviewee spoke about her relations with the European institutions and her European colleagues. With this in mind, her comments on education cooperation on a European level and its impact on national policies and systems are particularly valuable.