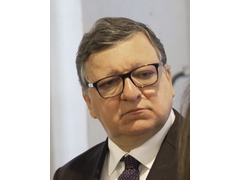 From the Leaders Beyond The State Collection

During the interview, the witness discussed the following topics: Family and educational background, Early interest in European integration, Foundation of AUROP (Portuguese Association for European Studies), Politics in Portugal during the 1980s, The challenge of the Single European Act and the Maastricht Treaty, Premiership in Portugal (2002-2004), Appointment to the European Commission, Formation of the College of Commissioners, Atmosphere in the Commission, Connection with home country, Leadership style within the Commission, The role of Cabinets and the Secretariat General, Relations with the European Parliament, Relations with Herman van Rumpuy and Catherine Ashton, The challenge of institutional reforms, The economic crisis and the role of the Commission, The European Commission relations with Russia and the energy question, The Mediterranean challenge and the Arab springs, José Manuel Barroso's legacy as Commission president.