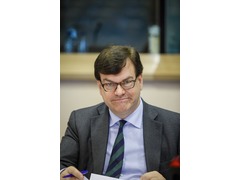 In this interview with Anthony Teasdale, Director-General for Parliamentary Research Services for the EP, he recalls his interaction with the European Commission during the 1980s, first as a member of the European Democrats Group secretariat in the European Parliament (1982-86), then as an official at the Council of Ministers (1986-88), and finally as Special Adviser to Sir Geoffrey Howe, the British Foreign Secretary and then Deputy Prime Minister (1988-90). Topics discussed include Lord Cockfield’s personality and manner of work, Jacques Delors, the impact of Delors on British politics, the internal divisions over Europe within the late Thatcher government, and the rise of Euroscepticism in Britain and elsewhere.