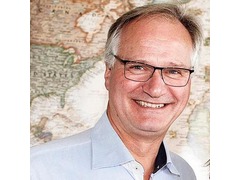 The interview begins with some reference to Sweden’s negotiations for EU membership and to Christian Leffler’s position as a member of the Swedish delegation. It also makes reference to the so-called ‘Antici’ group, its work procedures and tasks. The interview deals, then, with Leffler’s role and position as a Commission official, his relations with Chris Patten and his assessment of the achievements and difficulties of the Prodi Commission. Leffler explains the prerogatives, agenda and work of the Commission in promoting the EU common foreign policy and gives a general assessment of the EU politics in the Western Balkans. Leffler refers also to the institutional evolution of the EU CFSP with the appointment of Javier Solana
to the position of High Representative and to the relations and cooperation between Solana’s and Patten’s teams. Finally, the interview goes into Leffler’s vision of Europe: he comments on the idea of Federalism and on the concept of ‘an ever closer union of European people’.