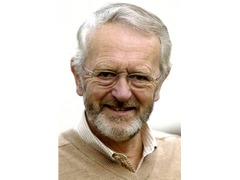 In this interview Robert Jarrett talks about his work in the audio-visual division of the European Commission, his involvement in the European Year of Cinema and Television and what this Year looked liked. He also speaks about funding for journalist training programmes in Eastern Europe that was set up by the European Commission after the fall of the Berlin Wall in order to foster independent journalism.